Chlorophyll-a concentration in the Caspian Sea

Image captured on 26 July 2015, by the MODIS instrument on board the Aqua satellite. 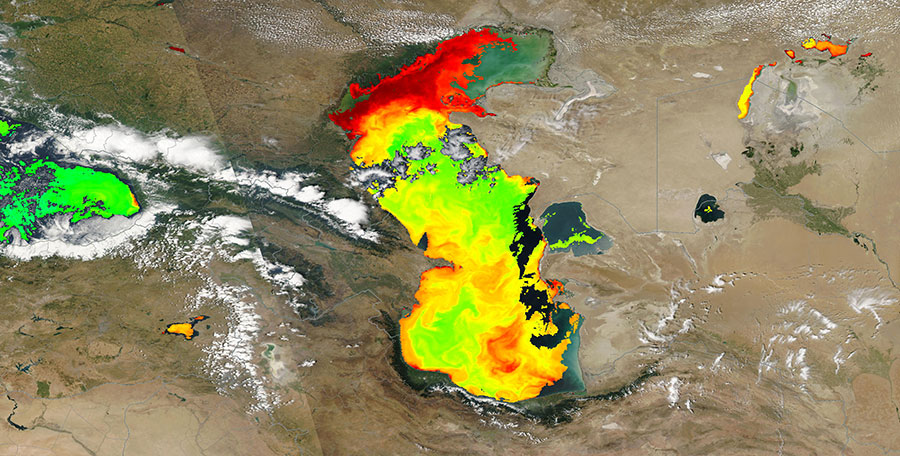 Visit Worldview to visualize near real-time data from EOSDIS.