Deforestation in the Amazon

Image captured by the MODIS instrument, on board the Terra satellite, on 18 October 2015 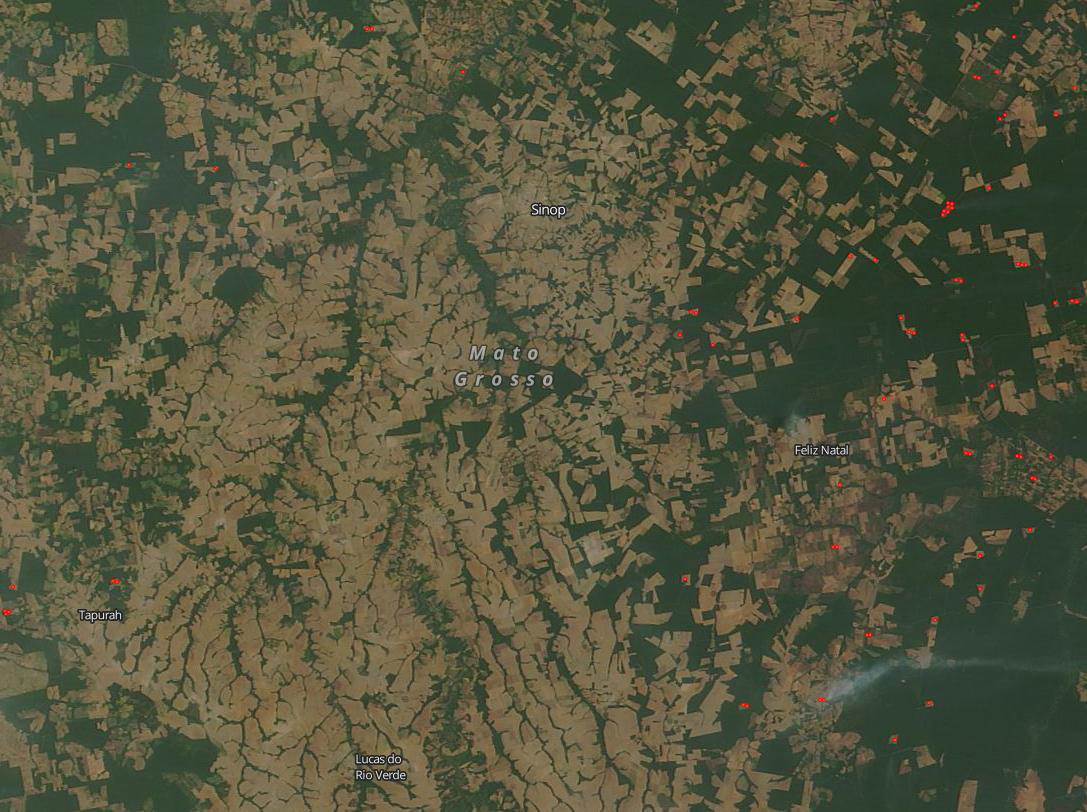 Brazil’s Mato Grosso state is located in the western part of the country and shares a border with Bolivia. Portions of the Amazonian rain forest cover much of the northern part of the state. In this true color image captured by the MODIS instrument aboard NASA’s Terra Earth observing satellite, green represents healthy vegetation and brown represents either dead vegetation or bare ground caused primarily by logging, agricultural burning, and other human activities. The red dots indicate hotspots detected by MODIS’ thermal anomaly algorithm, and indicate the location of burning wildfires or other areas of high heat. The Brazilian government uses satellites, including Terra and Landsat, to monitor deforestation in this ecologically sensitive region.

Visualize this image in Worldview