Image captured by the MODIS instrument on 5 July 2015, on board the Terra satellite 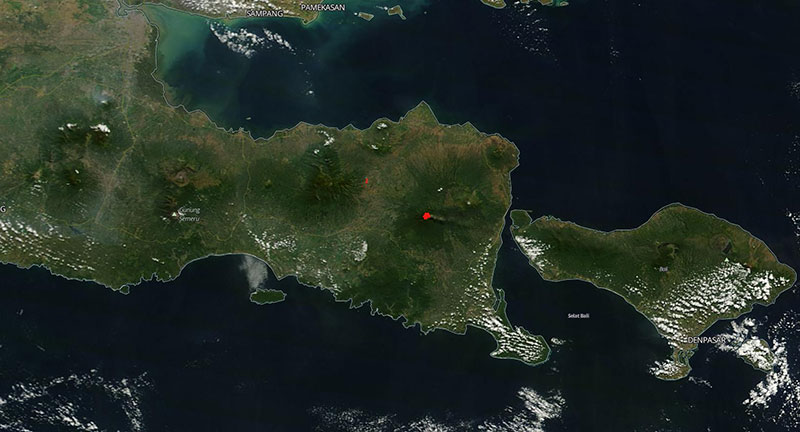 Image of the volcanic eruption of Mount Raung, East Java, Indonesia on 5 July 2015 from the MODIS instrument on board the Terra satellite. The red dots are from the MODIS Fire and Thermal Anomalies product and indicate the thermal signal from the volcano crater. The volcano has had increased activity in the past week, with strombolian explosions (smallest type of explosive eruption. Intermittent, generally small, eruptions from a single vent or crater. Source). Some of these explosions produced low-level ash plumes which were moving eastward, toward Bali. Some airlines cancelled flights due to these plumes.

Visit Worldview to visualize near real-time data from EOSDIS.